After Britney Robbins got the first batch of applications for her black entrepreneurship program, The Gray Matter Experience, she set out on trips across Chicago to meet with 20 of the most promising high school students and hear their stories.

“A lot of them were candid in saying ‘I don’t have a lot of black role models,’” she says. “‘I see a lot of businesses in my community and they fail, they close down.’ So they wanted to help these businesses stay open longer, and to find ways for people in their communities to sustain them.”

What she found were students eager to learn the intricacies of financing and business plans, but who’d never been exposed to someone with her experience. She’s worked with Chicago startup hub 1871 and youth entrepreneur group Future Founders Foundation, but as the kids she met outlined their ambitions, she realized they’d only glimpsed the startup world through the window of their internet devices.

“They may have been interested in entrepreneurship, but they’ve never seen a way in,” says Robbins.

On August 24, Illinois Governor Bruce Rauner announced his state was widening the playing field for minority and women entrepreneurs by opening up applications for the first program aimed at business owners from disadvantaged communities, called Advancing the Development of Minority Entrepreneurship(ADME). The day after, he also held a ceremony to mark information technologies as Illinois’ first sheltered market. That last note is major news.

A sheltered market is an industry where the seller — usually a state or local government — reserves a certain percentage of contracts for smaller enterprises. In a 2014 Insight study of 40 counties and cities throughout the country, 90 percent had created sheltered market ordinances that favored small businesses, minority- and women-owned business enterprises (MWBEs), or a combination of the two. The study also found that it was “extremely rare” for jurisdictions to offer up contracts solely to MWBEs. Illinois’ designation made that trend a bit less rare — and may even be unheard of throughout the country.

“When we look at the proportion of minority- and women-owned businesses in IT, they make up such a small proportion, and also end up not really netting any of the bigger dollars that other firms can get,” says Anne Price, the president of Insight. She says data on sheltered markets and MWBEs is scarce, but her firm’s research suggests nearly all of these deals are inked for construction, engineering, landscaping and other blue-collar jobs out in the field. To her, Illinois’ focus on IT “could set sort of a precedent for other jurisdictions to look at this industry.”

Cate Costa, director of entrepreneurship at the Chicago Urban League, sums up why Robbins’ students didn’t grow up in dense business environments despite hailing from a part of the U.S. where black businesses are widespread. “African-American businesses are starting at an increasing rate, but the issue is they’re not profiting at an increasing rate,” she says. The odds are often stacked against minority and women entrepreneurs, says Costa, because they’re kept at arm’s length from the finances that govern the startup and small business world.

“If you’re trying to win business, a lot of that is related to knowing who has buying power and being able to get in the same room as decision makers,” she says. “Because Cook County is one of the most segregated counties in the country, there’s a struggle for [black entrepreneurs] to access those networks.”

When getting a business loan, for example, banks will typically want proof of your cash flow, assets for collateral, a strong credit score and notes on how long you’ve been in business — all of which are hard to establish if you’ve never had access to the tools to generate these things in the first place.

Jimmy Odom, a senior policy adviser at the Illinois Department of Commerce and Economic Opportunity, says that’s why ADME was created. It’ll act as a state-sanctioned platform and “rally all of the collective resources for one goal: to help [MWBEs] succeed.”

“It’s to help them create more opportunities, to turn them into mentors, and to make sure they’ve got the proper education to generate that first $100,000 in revenue,” says Odom, an entrepreneur who founded WeDeliver, a delivery app.

Cohesiveness is the ADME’s guiding principle, especially as Chicago sees a flood of new resources in the wake of its own tech boom. Last year, 24 percent of the city’s office rental space was eaten up by tech companies, and in wealthier areas like River North, that percentage was as high as 38. ADME wants to capture the expertise coming from that influx, pair it with economic development groups like Intersect Illinois and World Business Chicago, and create a robust network of business leaders that can help mentor minority and women entrepreneurs.

After ADME selects and trains its first batch of entrepreneurs, it’ll put them directly in touch with community development financial institutions and other major lenders to give their enterprises the capital they need to lift off.

With an initiative like this, Robbins’ next students are poised to enter a startup ecosystem with more opportunity. Some of her students are working on a set of apps to address violence and unemployment issues hitting their neighborhoods in Chicago’s west and south sides. One is an app where you swipe left or right to choose between nearby job opportunities “kind of like Tinder,” she says, referring to the dating app. Another shows teens where safe and interest-based events are going on around their neighborhoods. When they finish up their days at The Gray Matter Experience, says Robbins, they go home and share what they’ve learned with their families. That’s why she’s excited to see how the state’s new programs pan out.

“Their parents and aunts and uncles now have these opportunities,” she says. “As long as the infrastructure is right, it’s really going to change a lot of lives and the DNA of these neighborhoods.”

“Their parents and aunts and uncles now have these opportunities,” she says. “As long as the infrastructure is right, it’s really going to change a lot of lives and the DNA of these neighborhoods.” 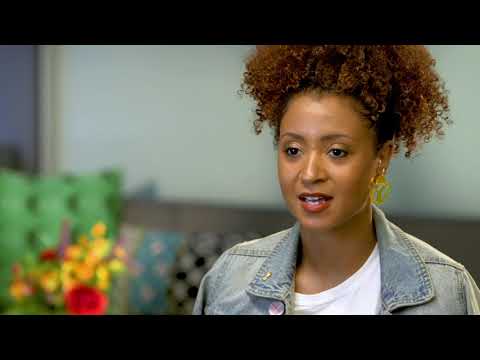 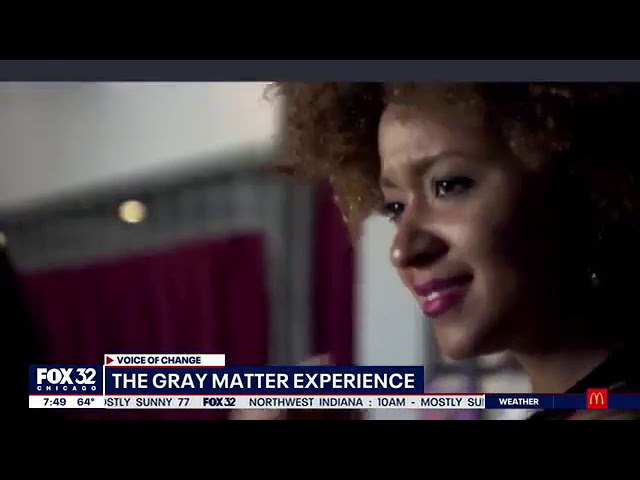